Did you hear that SQL Server Data Tools – Business Intelligence (formerly known as BIDS) has been releases for Visual Studio 2012? It was announced last month, and we’ve seen a lot of downloads so far. The download adds support for the SQL Server 2012 BI projects (Reporting Services, Analysis Services, and Integration Services) to VS 2012, or installs a standalone VS shell if you don’t already have VS 2012 installed.

Also note that the component was renamed – we added “Business Intelligence” to the end to distinguish it from the SQL Server Data Tools (Juneau). We now refer to it as SSDTBI, rather than “SSDT, no, not that one, the other one – you know, the one that comes with the SQL installation media, not the one you download”.

On the next page, select the SQL Server Data Tools – Business Intelligence for Visual Studio 2012 option. 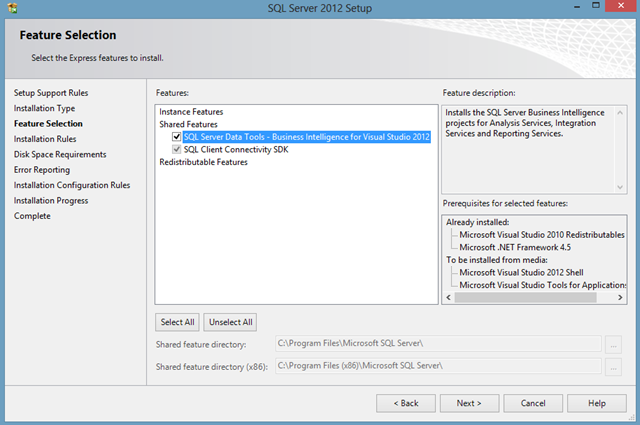 Complete the installation process, and then launch Visual Studio 2012. You’ll now be able to create new SSIS projects in all of VS 2012’s monochrome goodness. 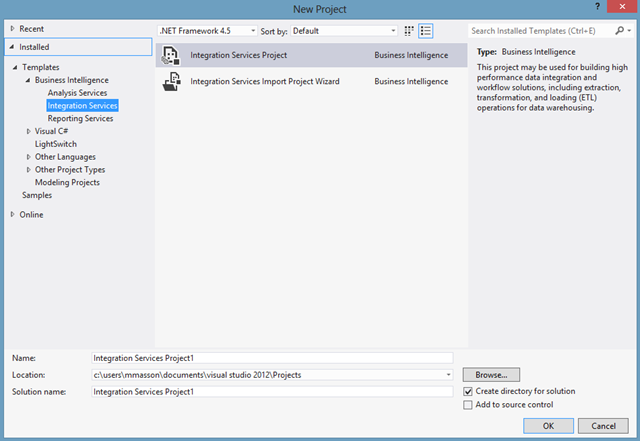